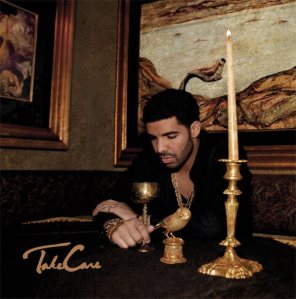 Slightly over a month ago, the versatile rap star, Drake, released his sophomore album entitled, Take Care. Highly anticipated by many, the album achieved platinum status a few weeks after its mid-November release. The release was preceded by hit single “Marvin’s Room,” and songs such as “Take Care” (featuring Rihanna) and “The Motto” (featuring Lil Wayne & Tyga) seem to be following suit by dominating airwaves, both here in the states and abroad.

With an upcoming tour and the bustle of the holiday season, one can only imagine that the album totals will continue to soar. Worth the wait, Take Care featured a range of tracks relative to a diverse mix of individuals. Drake undoubtedly exhibited his musical versatility and innovation with this project. Tracks like “Shot for Me” and “Crew Love” may not be ideal radio hits, but they’re definite home runs.

Among other features rounding the album out were Stevie Wonder, The Weeknd, and Rick Ross.

"The words you speak become the house you live in."
View all posts by Sirelle Carter →
This entry was posted in Music, Sound Session and tagged rap, Rick Ross, Rihanna, Stevie Wonder, Take Care, The Weeknd. Bookmark the permalink.