Celebrating what Vogue deems The Movie Event of the Year, the May issue totes a theme of extravagance and luxury, in honor of Baz Luhrmann’s The Great Gatsby. In theaters May 10, the film is expected to be one of 2013’s biggest. 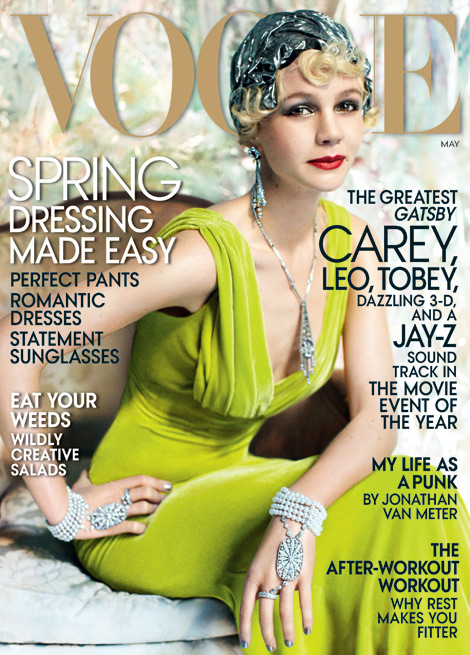 In Great Expectations, the cover star details her encyclopedic research of Daisy, and how she unconditionally lost herself in the character. Mulligan even revealed that during filming, herself and co-star Leonardo DiCaprio — who plays Jay Gatsby — would swap in-character notes, in which DiCaprio addressed Mulligan as ‘Darling Daisy’ and signed them as ‘Jay.’ With two of Hollywood’s most scintillating talents at the film’s forefront, one would find it strenuous to object Vogue‘s proclamation.

Actress Lily Collins is the May It Girl. Inside, Louis Vuitton artistic director, Marc Jacobs, describes the daughter of music legend Phil Collins as ‘strong, pure, utterly feminine, and beautiful.’ The 24-year old stars in two films slated for release this year: Stuck In Love and The Mortal Instruments: City of Bones. Collins is also featured in the issue’s Shady Ladies spread. The spread features Miranda Kerr, Zoë Saldaña, and actress Elizabeth Debicki. 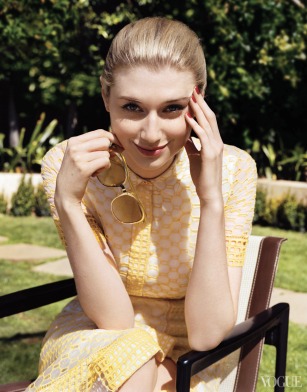 Continuing with the theme of luxury, British singer Florence Welch gives Vogue a behind-the-walls glance of her new South London quarters. In Rock the Casa, Welch refers to the home as a sanctuary; she cites her mother living only ten minutes away as a primary motive for choosing it.

The issue is currently available on newsstands.