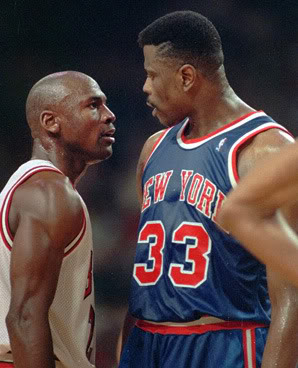 As a basketball fan growing up in the early to mid-1990’s, there was nothing comparable to NBA on NBC Sunday afternoons. Crowding around a family room with parents, grandparents, uncles, and the aunt who just wanted to see the players “in them little bitty shorts” was one of my favorite pastimes.

I’ve long been a Knicks fan, but back on those Sundays I simply hoped for a competitive game, whether it was a contest between Western Conference powers or Ewing’s Knicks versus Michael Jordan’s Bulls. I knew that both teams would fight till the end. And sometimes literally. But fast-forward to the present, and I don’t sense that anymore. The atmosphere has changed. Competitively, today’s NBA is a lot more easygoing. A bad thing, in my opinion.

The NBA was built on rivalries. Those rivalries were beneficial for the game, as they fueled competition. And that’s what is missing from today’s NBA, genuine competition. Wanting to dominate your opponents by any means necessary. As University of Alabama head football coach Nick Saban once proclaimed in a pregame speech, “Dominate is not just a word. Ya understand? It’s a lifestyle. And it’s a mentality you have, a bully mentality to go dictate everything in the game, every play in the game.” It is that manner, in which I believe, that every competitor should approach a contest.

Although across the board, among new school NBA players at least, there does not seem to be much of a hunger to employ supremacy over opponents. Players want to win, yes, but at any sacrifice? I wonder. Think back to when the Detroit Pistons couldn’t overcome their Boston Celtics hurdle back in the late 80’s. It kept them awake all offseason. Or, on the contrary, when Michael Jordan and the Chicago Bulls couldn’t initially get past those same Pistons a few years later. It fueled Jordan mentally and physically. Until ultimately, he and the Bulls overcame that daunting obstacle.

Heartbreaking as those instances may have been for both players and fans, both sides will objectively admit to you that it’s good for the game. But is the element of rivalry now extinct? Perhaps not, though having said that, one can make a strong argument that rivalries — among players — are endangered; being stubbornly kept alive by Kobe Bryant and his clutch time underbite.

There are several theories that have been labeled as the cause of this lackadaisical era, as it pertains to competition. Most obvious, however, would be the issue of stars now electing to team up. And although the three musketeers in Miami are the only legitimate trio of superstars currently in the league, it’s the mere suggestion of teaming up being hinted by some players that has become an epidemic. Having said all that, I find the aforementioned to be more of an effect than a cause. The effect, well that would be friendship.

A majority of today’s NBA players enter the league already possessing significant interpersonal ties with one another. This is a result of outlets such as amateur athletics (AAU), combine camps, and even tournaments at the collegiate level. These relationships trickle over to the professional level creating friendships, and in a flash stars want to play with their friends. Needless to say, fans of the NBA were witness to this in the summer of 2010.

Desiring to join forces instead of compete against your friends is where the NBA’s spirit of competition has diminished. There is nothing wrong with having friends in your profession, just as there is nothing wrong competing against them. In fact, in some cases, it may actually breed healthier competition and more productive results. On the other hand, where the matter starts to be questioned is when one seems to compromise, or sacrifice, their individuality. 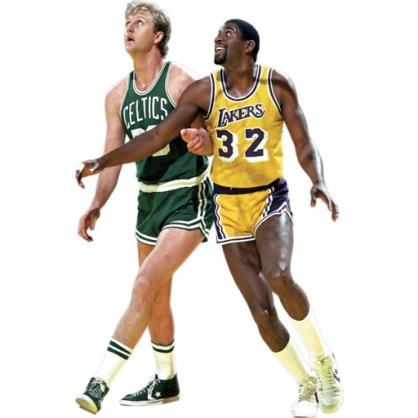 Friendship has been cited as the reason for decreasing competitive spirit, but what it cannot be cited as is an excuse. Even though the amateur basketball circuit wasn’t as prevalent back in the day, there were still preexisting relationships; and there is no greater example over league history than Magic Johnson and Larry Bird.

Similar to the draft class of 2003, Magic and Bird entered the NBA together in 1979 — although Bird had been drafted the year prior. The two icons had first crossed paths at the collegiate level, and shared a remarkable bond at the professional level; even though they literally stole championships away from each other. However, at no point did they ever conspire to join forces, as both openly took pride in defeating the other’s team. There was an element of thrill — operating on a collision course — exhibited by the two hall of famers, and that’s what the present-era of NBA is missing.

A buddy system precedence was set by the Miami Heat in the summer of 2010, and if the current free agent period is any indication, said precedence may be here to stay for awhile. Some fans simply deem this a new school era of the NBA, and be that as it may there are many others who long for the old school ambience. Myself included. And perhaps that is why younger players such as Lance Stephenson, Russell Westbrook, DeMarcus Cousins, and Joakim Noah are appreciated the way they are.

The competitive nature of those players demonstrate an old school flair in a new school age, as opposed to a Paul George who sometimes seems to be on the verge of requesting an in-game autograph from LeBron. Now I’m not calling for a modern-era Bad Boys, just old-fashioned competition and grit. Forgive me if I like my NBA a little more Game of Thrones, and a little less Full House.