Signed Sirelle: SEPTEMBER 2014 – “The Continued Audacity of a Society”

When carried out in the absence of error, justice is one of democracy’s finest features. We as a society deem justice to be a deserving consequence resulting from an injustice; and when offenders commit unjustifiable offenses, we hope to see it served. With that being said, it is evident that we, again as a society, have lost our way — all in the name of justice. 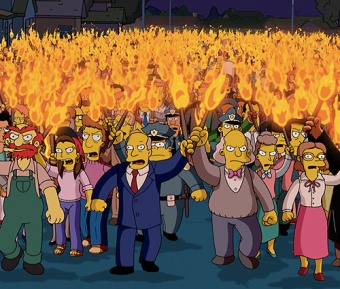 Collectively, as citizens in this democracy we are the jurors. Nothing less, and nothing more. Yet it is the latter concept that many seem to struggle grasping, as in addition to being the jury, many also want to be the judge and executioner. Look no further than the Ray Rice domestic violence occurrence dominating media outlets. We can all agree — or I believe that we should — that the punch Rice delivered to his then-fiancée was heinous. Having said that, I also believe in forgiveness. And so should you.

President Jimmy Carter once said that, “We have a tendency to condemn people who are different from us, to define their sins as paramount and our own as being insignificant.” That extract is not to belittle the odious nature of Ray Rice’ actions, yet to put into perspective the public’s bloodthirsty reaction to it.

Nearly three years ago I authored the editorial Penn State: The Shame, The Blame, & The Audacity of a Society, in which I stated my hell-bent purpose “to shed light on the hypocrisy and inconsistent scrutinization exhibited by the media and [the public].” We have a history of this, you see. Society loves to point their finger at the guilty — well, sometimes (see: #Ferguson) — while they’re unbeknownst of the three pointing back at themselves.

Personally, I have always been careful not to succumb to this trend, as I find a fine line between wanting to see justice served, and longing for an individual’s downfall. My father was murdered when I was seven years old. And nearly 17 years later, as I author this editorial, his case remains frigidly cold. Even so, I am careful to never pray for a inhumane downfall of those who took him from his loved ones, as such will never bring my father back. Do I hope justice — life in prison, in this case — is served, absolutely. But to go any further than that makes me no better than his executioners.

I believe it is vital that all individuals recognize that not one of us is perfect. You didn’t call for your relative’s employment to be terminated when they struck their spouse, so why Ray Rice? Be consistent. We live in a society where people are genuinely more irate when professional athletes take steroids than they are when unarmed citizens are executed by police. So if you’re going to be a drum major for justice, go all the way. Don’t caps lock your voice in regards to one injustice, yet fade into sleep mode with another.

We all make mistakes. And stating as much does not mean I’m condoning the act of violence Rice carried out, but I do believe that I have the responsibility to forgive any sinner as I have, too, committed my own. I have never laid a hand on a woman, but just because I have transgressed differently doesn’t give me the right to eternally condemn another individual.

"The words you speak become the house you live in."
View all posts by Sirelle Carter →
This entry was posted in Signed Sirelle and tagged domestic violence, Penn State scandal, President Jimmy Carter, Ray Rice. Bookmark the permalink.