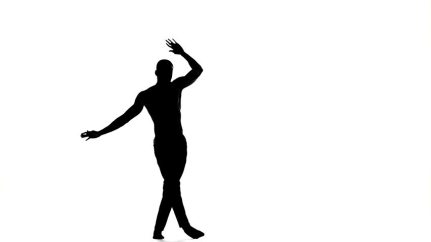 I think it’s fair to say that I’ve been all over the place this summer, so it’s only right that my playlist follows suit.

The heat, among other elements, can cause one to be casually moody in the summer.

As a result, I find it fitting to have a few tracks that match the spinning wheel of emotions.

Here’s what’s in my ears:

THE CARTERS “LOVEHAPPY” — The versatility of this record by Mr. and Mrs. Carter is seemingly infinite. From Bed-Stuy stoops to the beaches of Santa Monica, “LOVEHAPPY” is not only inevitably timeless, but transcendent. It could serve to be both the picture-perfect soundtrack to a summer love story in Brooklyn, and the cookout jam your parents steal the show to.

James Bay “Wasted On Each Other” — Every summer fling I’ve ever had comes to mind when this sonic sound takes over my eardrums. Nothing screams summer quite like drowning in alcohol and the presence of some equally toxic person you can’t keep your hands off of. “Wasted On Each Other” embodies the behind the scenes tongue-wrestling moments following last call at the bar.

Yellow Claw featuring Tabitha Nauser “Crash This Party” — If your feeds have been anything like mine over the last two months, that means they’re dominated by your friends living their best budgeted, but lavish, summer lives overseas. Whether in France, Spain, Greece, or Italy, “Crash This Party” is for the international turn up, buried deep in the midst of a midnight roll. Regardless of whether the setting is at a nightclub or festival, Tabitha Nauser’s vocals paint the scene as clear as the sea.

Future “HATE THE REAL ME” — It’s almost as if Future is the Rupi Kaur for retired #MCM’s. Some say the solstice marks it; but for the culture, our summer doesn’t start until we get new Future. Floating along the keys of a Zaytoven beat, “HATE THE REAL ME” is like a remixed-haiku for the hood.

LÉON “Surround Me” — I almost feel like this is the Netflix and chill anthem we didn’t know we had or needed. We all have that one occasion — or several — every summer, where your rules fly out the window and you’re like “Fuck it, come over,” and “Surround Me” has a melodic way of not making your little sleazy self feel too bad about it.

Drake “8 Out of 10” — Kiki can wait, because with the heat comes the smoke, and something about the triple degree warmth, and humidity, brings the aggression out of people. Make no mistake, “8 Out of 10” is a reaction, and the savage beauty of this track is its protagonist proclamation that you’re ready for all the smoke — and then some.

Jorja Smith “Teenage Fantasy” — Soothing and reminiscent, London’s latest sultry export ventures to the States with a track providing memory lane vibes from the days when alarm clocks just weren’t needed. “Teenage Fantasy” blends the decade-old flashbacks of adolescent love with the more recent — What was I thinking?! — ones you can’t wait to forget.

Khalid & Normani “Love Lies” — If anyone tells you “Love Lies” isn’t on their #carconcert set list, they’re lying. And if they aren’t lying, you don’t need that kind of negativity in your life. There shouldn’t be a playlist anywhere that doesn’t have at least one Khalid song on it — and if your summer can’t relate to that “Waste the day and spend the night..” line, send it back.

"The words you speak become the house you live in."
View all posts by Sirelle Carter →
This entry was posted in Music, Press Play and tagged Drake 8 Out of 10, Drake Scorpion, Future Beast Mode 2, Future Hate The Real Me, James Bay Wasted On Each Other, Jorja Smith Teenage Fantasy, Khalid & Normani Love Lies, Leon Surround Me, Tabitha Nauser Crash This Party, THE CARTERS LOVEHAPPY, Yellow Claw Crash This Party. Bookmark the permalink.