There seems to be have been an attack campaign launched against society’s 20-something’s who haven’t yet had children, nor gotten engaged. Firstly, may someone please point me in the direction of the doctrine which mandated that such events should have happened by now? 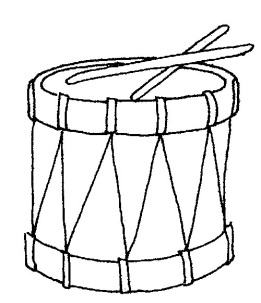 For those of us 20-something’s without either of the aforementioned, we are swiftly approaching our favorite time of the year. The holidays. Or, as our families like to think of it, “the season of 20 Questions”.

Our Baby-Boomer grandparents love to tell us we’re overdue for both, because “In my day” — by 21 — “I’d already started a family and fought in a war!” Yeah? Well we fight a war, too. The one where we decide if we want to eat Blue Bell ice cream or leftover pasta for dinner, on the eve of direct deposit, and excuse the hell out of us if we’re not yet ready to share either with a child.

And nothing screams Thanksgiving like your great-aunt Lucille badgering you about your lack of a fiancée present at dinner, when most of us still sit at the kiddie table, for crying out loud.

They say we’re selfish. But I happen to believe that selfish is the new selfless. For those of us able to admit we’re not ready to start a family, aren’t we, then, making the right decision by refraining from doing so? Heaven knows the divorce rate doesn’t need any increases at the moment.

Times are changing. Our generation is changing. We’re putting careers on hold to travel the world, attend graduate school, and pursue attainable dreams more than ever before. It’s not to say that one can’t do all those things and balance a family life, rather that a large majority of us simply don’t want to. And yes, that may be selfish, yet it’s also a simultaneous act of selflessness to not subject other beings to our fast-paced, reluctant environments.

Gene Simmons once said, “The sad thing is most people have to check with someone before they do the things that make them happy. We’re all passing through; the least we can do is be happy, and the only way to do that is by being selfish.”

For most 20-something’s, we’re not looking for permission to do this or to do that. We’re just moving to the beat of our own drum.

"The words you speak become the house you live in."
View all posts by Sirelle Carter →
This entry was posted in 20-Something's, Signed Sirelle and tagged 20-something, Baby-Boomers, Blue Bell ice cream, selfish is the new selfless, twentysomething. Bookmark the permalink.